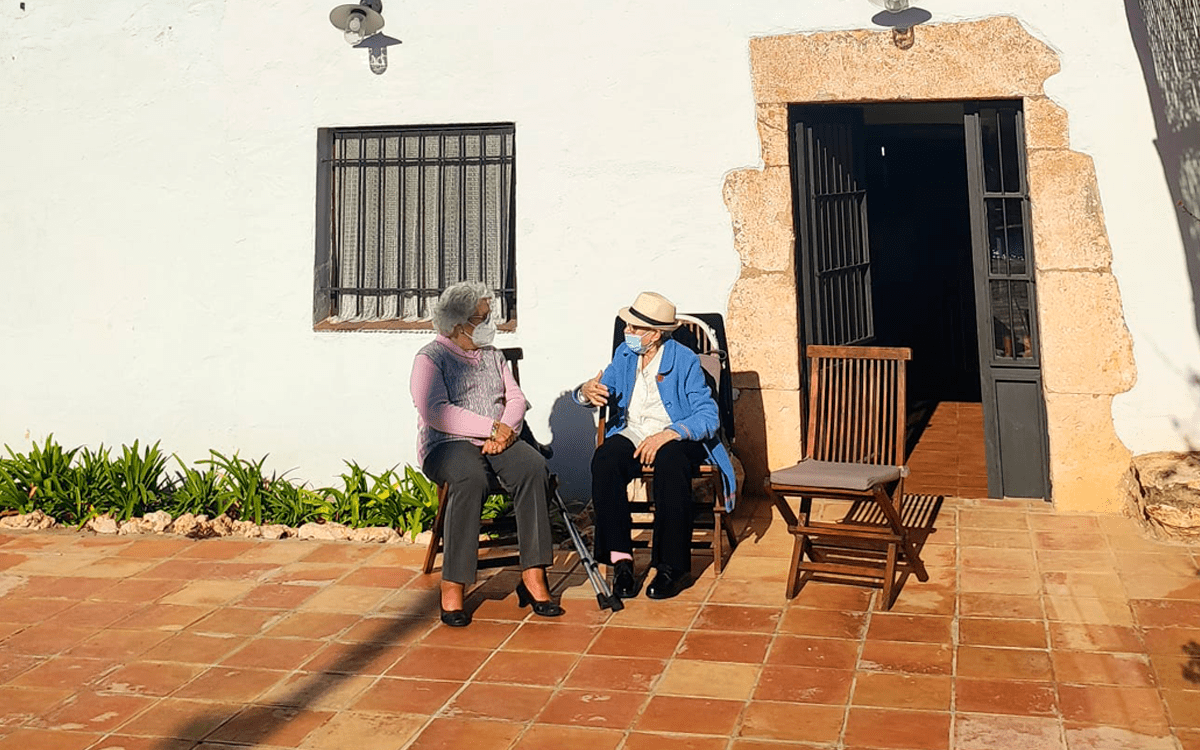 “Mrs. Carmen hid under the bed when she felt danger with a piece of wood in her mouth”

Time dragged on during the days and weeks that Mrs. Carmen took to see her father. He missed him but his father’s work at the Sant Vicenç de Calders railway station made it impossible to go daily due to the dangerous situation and the certain distance.

MUMA, now and before, was surrounded by carob trees, olive trees and vineyards, plus orchards to obtain vegetables and fruits. The daily work in the fields plus the kitchen, where, for example, baking bread in the stone oven that still exists today, were the main routines of distraction for Mrs. Carmen.

The farm was receiving visitors, including the owners at the time, two brothers who lived in the Barrio de Francia del Vendrell. They often went to work in the fields and to see how everything was going, and it was a way of finding out what was happening in the municipality of Vendrell, but not every day was calm.

Every day could be a surprise in the middle of a war where the mistrust of visitors, noise from planes or armies walking near the MUMA were constant. She was very clear about it, her mother’s instructions were clear, before any possibility of danger, one had to hide. Mrs. Carmen, faced with situations that could go wrong, would run to hide under the bed in one of the rooms on the first floor with a piece of trunk or wood in her mouth. Pressing the teeth against a piece of wood made the fear and the bad moments dissolve better and one could press the teeth without fear of losing them. What else could an 8-year-old girl do?

She recalls two very scary anecdotes from her stay at MUMA during the war. The first, the passage of the army or the passage of planes, where on one of these days, coinciding with one of his father’s visits, he felt an explosion on the farm. A loud noise next, a tremor in the body and people running, and she towards the bed with her wooden stick. Luckily it only had a bad time and without any victims.

The second, and surely the saddest. One of the members had died and on the way to the burial, they felt soldiers approaching, a fact that caused them to leave the body in the middle of the road and take refuge in a hurry. He doesn’t remember the time or how it all happened, but like many situations in life, everything passes, and nobody finally stopped being able to say goodbye to the family.

Growing up in a war situation for an eight-year-old girl is not easy and often difficult to understand why. In a war no one wins, but the one who loses the most is the population. In the end, she remembers it as a complicated and sad moment, but when it was all over, they got back together with their father and went to live in Vendrell, specifically on Nou Street. Everything passes, a hard stage, and life went on, and now a few weeks ago she was reunited with MUMA, and MUMA with her.

We have remembered one of the many situations of a not so distant past and that as we know more stories, we will be able to explain them. MUMA CASA RURAL, is now Rural Tourism located in El Vendrell, within the Baix Penedès region, and only 35 km from Tarragona and 55 km from Barcelona, ​​but it is also a well of memories to learn about the history of a past.

We have remembered Mrs. Carmen’s history at MUMA during the war, and we can only admire her and thank her for her strength and great memory. Thanks again Carmen!